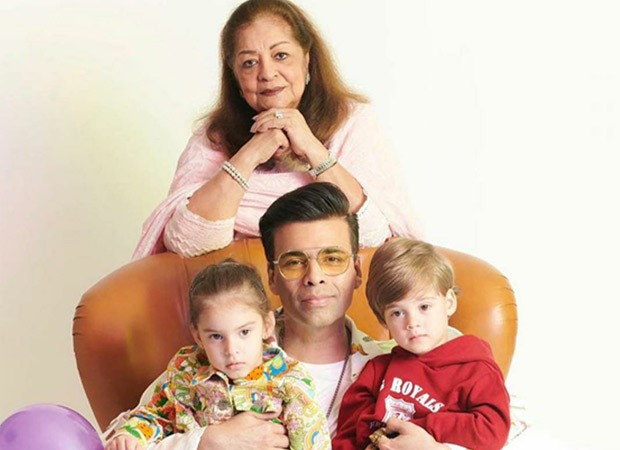 Film-maker Karan Johar, who has been in headlines these past few months, has headed to Goa. The filmmaker was seen at the Mumbai airport where chartered flights take off from. He was reportedly accompanied by his mother Hiroo Johar and twins Yash and Roohi. All of them were adhering to the safety protocols and wearing masks. They were also seen with some of their staff members.

Reportedly, Karan has taken off for a mini getaway with the family. Interestingly, his production starring Deepika Padukone, Ananya Panday, and Siddhant Chaturvedi will begin soon in Goa itself. The film is being directed by Shalu. Batra.

Meanwhile, on the work front, Karan Johar was supposed to kick-start his directorial Takht this year but due to the pandemic, the film seems to have been kept on the backburner for now.

Mouni Roy flies to London to commence shooting, says she is petrified and nervous : Bollywood News

Actor Mouni Roy was stuck in Abu Dhabi for over three months due to the lockdown amid Coronavirus pandemic. The actress returned to Mumbai as soon as the restrictions were lifted but quickly had to resume shoot. Now, she has flown to London in order to begin shooting for next project details of which are […]

This is possibly the first quarantine love duet in India. Tamil actor Dhanush and his very lovely Mumbai co-star Aditi Rao have just crooned a duet together for a forthcoming Tamil film Jail. Entitled Kaathodu Kaathaanen,the song composed by G V Prakash features the voices of the lead pair of the film Jail. Lekin mazey ki baat yeh hai ke, Aditi and Dhanush did not sing the “duet” together. A source […]

Hina Khan has always been unabashed and unapologetic about her opinions and does not shy away from calling out the wrong. The lockdown imposed due to Coronavirus has been harsh on all of us, but there are producers who have refused to make due payments to the actors and crew despite working for hours at […]