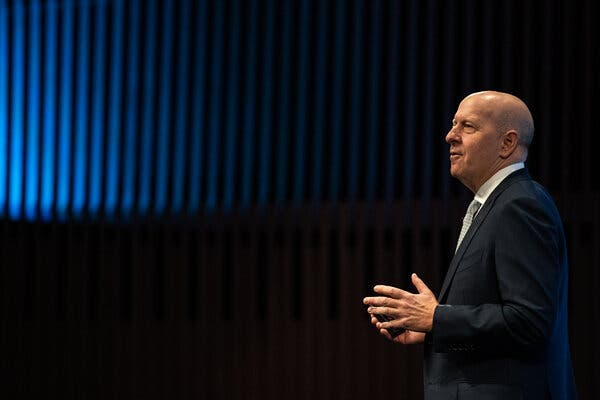 Goldman Sachs had a significantly more profitable quarter than expected, lifted by continued strength in the trading of stocks and bonds and gains from certain investments.

The bank reported earnings of $3.62 billion, far higher than Wall Street analysts had projected, and revenue of $10.78 billion for the third quarter.

At a time when the markets were particularly active, Goldman continued its winning streak in trading, with significant gains from handling bond products tied to interest rates, mortgages, corporate credit and commodity prices, which together drove bond division revenue up 49 percent from the same period last year. Stock trading revenue was also higher, but by a less substantial margin.

Revenue in the firm’s asset-management division was up 71 percent, driven by investments in stocks held by Goldman.

The bank’s quarterly provision for credit losses was smaller than the previous quarter, at $1.4 billion in the third quarter, compared with $5.1 billion. The bank said it was expecting fewer losses in its consumer loans, but more in its commercial loans, particularly in industries hit hard by the coronavirus pandemic such as travel and entertainment.

Third-quarter earnings for Wells Fargo were $2 billion on revenue of $18.9 billion.

The bank’s earnings were affected by the cost of a round of layoffs — $718 million. Another expense the bank faced in the third quarter: nearly $1 billion trying to help customers struggling to repay their loans come up with new payment plans to keep them from defaulting.

Both Bank of America and Wells said robust activity on Wall Street helped strengthen their earnings.

For some companies, the only response to the pandemic has been to hunker down and try to avoid running out of cash before their customers can return.

The skyscraper, the iconic urban office tower, still captivates by offering jaw-dropping views and the thrill of hovering in the clouds. But in the pandemic, the groundscraper — a building as horizontal as a skyscraper is vertical — has been grabbing attention.

There is no hard-and-fast definition for a groundscraper, which some loosely describe as a million or more square feet in only a handful of stories. Tech companies in Silicon Valley have long embraced the low-rise approach.

These earth-hugging structures have traditionally been considered less exalted than their soaring brethren, but some aspects of these buildings — such as the ability to reach offices via stairs, rather than elevators — have become doubly attractive during the pandemic.

“The interest in groundscrapers reflects our evolving views on how we come together in office spaces,” said Sam Chandan, dean of the Schack Institute of Real Estate at New York University’s School of Professional Studies.

Classic examples include the Old Post Office in Chicago, a nine-story limestone landmark that is three city blocks long and a block wide, and the James A. Farley Building, a former post office that takes up two double-wide blocks in Midtown Manhattan. Groundscrapers built in this century have taken striking forms:

Such buildings can accommodate the health and wellness concerns that were at the fore of office design before the pandemic. Employees can get their steps in by hoofing it to colleagues on another part of a vast floor or climbing stairs rather than pushing an elevator button. And the large rooftops can be landscaped for outdoor meetings and recreation.

But the pandemic has pointed to another benefit: Groundscrapers tend to have multiple entrances, in contrast to the typical skyscraper, which funnels everyone through a single lobby. The decentralization of arrivals and departures can help with social distancing, experts say.

James Murdoch resigned on Friday from the board of News Corp, stepping aside from his final formal role within the media empire of his father, Rupert Murdoch. “My resignation is due to disagreements over certain editorial content published by the Company’s news outlets and certain other strategic decisions,” Mr. Murdoch, 47, wrote in his resignation […]

The job of artistic designer at Fendi has finally been filled. The storied Roman fashion house and fur specialist announced on Wednesday that the British fashion designer Kim Jones would replace Karl Lagerfeld, who died in February of last year, in the role. Mr. Jones will be responsible for the haute couture, ready-to-wear and fur […]

Tensions between newsroom employees and their bosses are nothing new at The Pittsburgh Post-Gazette, which is owned by a family-run company, Block Communications. This is the newspaper that published an unsigned editorial, on Martin Luther King’s Birthday in 2018, that led with the line “Calling someone a racist is the new McCarthyism.” Detractors of the […]