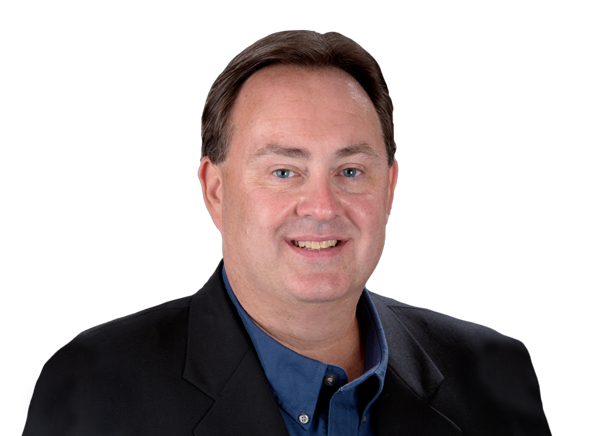 Before his interview with Alabama football coach Nick Saban began Wednesday, ESPN reporter Tom Rinaldi noticed the two chairs in which he and Saban would sit were about six to eight feet apart, with two cameras nearby, facing each subject.

To create even more distance, Rinaldi suggested he would sit in the background asking questions with both cameras pointed at Saban.

Saban took off his mask only when he spoke, while Rinaldi kept his mask on the entire time — the interview lasted about 20 minutes. Afterward, they walked toward Saban’s office to continue the conversation ahead of Saturday’s big clash against Georgia, with Rinaldi walking a few paces behind to remain at a socially safe distance.

“I know it’s awkward for me to walk behind you this way,” Rinaldi told him.

Saban went into his office for a moment, while Rinaldi talked to Linda Leoni, the coach’s longtime assistant, about an upcoming College GameDay story. When Saban was done, he invited Rinaldi into a nearby conference room. Saban sat at the head of the table, while Rinaldi took a seat on the side with a chair between them. Deputy director of athletics Jeff Purinton sat two chairs away from Rinaldi. All three men kept their masks on.

According to Rinaldi, Saban discussed not being able to interact with many people outside of the Alabama football building. After a few minutes, associate athletics director for sports medicine Jeff Allen opened the door and told Saban he needed to speak to him immediately. Saban returned and told Rinaldi, “Sorry, I gotta go.”

“It became that much more real for everybody,” one staffer said.

The news was the culmination of a tough week for the SEC, where there has been an uptick in positive tests, causing two games to be postponed. But those inside the Alabama program insist there was no panic, doom and gloom or self-pity, as they received the news only three days before what will be the team’s biggest game of the regular season to date. Instead, the athletic department activated reaction plans that were put into place weeks before Alabama’s season began on Sept. 26.

First, Saban told his staff and team about his positive test. In fact, when he delivered the news via video conference, he played the role of comedian. “You know that if I’m not there with you guys that it must be bad,” Saban joked.

The players burst into laughter.

“The kids were shocked for about five minutes, but then [Saban] went into practice prep and they snapped back,” said one person within the program. “That really eased the tension with everybody, lightened the mood. But that’s him. He knows the right buttons to push, and then it was business as usual.”

Even with Saban doing his best to put players at ease, there was still the natural shock of not seeing him wearing his familiar straw hat Wednesday on Alabama’s practice field — a scene one person described as “like you were almost in the Twilight Zone.” But there was a sense of relief when Saban, who turns 69 later this month, said he felt fine and wasn’t experiencing any symptoms.

“It was more, ‘OK, he’s good, not sick. Let’s keep the kids as normal as possible,'” one person said.

After immediately leaving the football complex upon learning his diagnosis, Saban was able to watch a live feed of the entire practice from home. A high-angled camera gave him a bird’s-eye view of what was happening, and he communicated with staffers by cell phone. When he saw something he didn’t like, he gave the familiar call of, “Let’s run it again.”

On a post-practice video call with reporters, Saban said he liked the players’ intensity and focus in practice and then quipped, “I can tell you, we’ve had a lot worse practices when I’m there, so maybe it was a good thing that I wasn’t there.”

Saban added he was surprised by the diagnosis because he said he has taken every precaution to avoid contracting the virus.

According to sources, Saban is tested nearly every day, while Alabama’s players, coaches and staff members are being administered PCR tests on Sundays, Tuesdays and Thursdays. Alabama previously tested the players daily following an initial spike when students returned to campus but has recently followed SEC protocols of three tests per week.

After Wednesday’s positives, everyone within the football program was tested again Thursday, per SEC guidelines, including Saban. The tests were sent to a lab in Mobile, Alabama, and results were expected back Friday morning.

If Saban has three consecutive negative tests from Thursday, Friday and Saturday, it would deem Wednesday’s test a false positive and provide a chance the coach could return to the sideline for Saturday night’s nationally televised game against No. 3 Georgia at Bryant-Denny Stadium. If Saban’s second test comes back positive, he would have to self-isolate for 10 days under CDC guidelines. On his weekly radio show that he conducted from home Thursday night, Saban said he’d like to be a part of the game but COVID-19 protocol states he cannot travel to the stadium while in quarantine.

Thanks to video calls, it was business as usual Thursday morning, as Saban conducted his staff meeting and combed through every precise detail of practice.

“Even away from here, he doesn’t miss anything,” a staffer said. “He’s going to make it as normal as possible, and it will be the normal protocol the rest of the week, from the walk-through, to the meal, to what we do the night before the game. It’s his program, and even though he’s not here right now, nothing changes.”

While offensive coordinator Steve Sarkisian now oversees operations, and will likely be in charge if Saban can’t coach against Georgia, Saban said he still planned to follow his usual routine.

“I can do absolutely everything here that I can do,” Saban told reporters Wednesday. “I’ll have the same exact routine. The first thing I do on Thursday morning is watch the defensive practice with the defense. Then we do two-point plays. Then I watch what we did against each other with the offense. Then I watch the offense practice and I watch special teams. Then I usually do a little write-up for two-point plays for the team. I’ll do all those things exactly like I always do it.”

One staffer said he thinks Saban’s diagnosis has almost been a rallying point for the players.

“In a different kind of way, this might be even more motivation for them,” he said. “The thing you see when you’re inside this program that everybody outside doesn’t see is how well [Saban] relates to the players, and they respond to him.”

None of the Saturdays of the 2020 college football season has been quite as wall-to-wall eventful as we’re used to. Only a few top-10 teams have played at all, a No. 17 vs. No. 18 matchup was the best Week 3 had to offer, and with no late-night football to speak of, you probably went […]

NBA playoffs – Why Luka Doncic is getting compared to LeBron, Magic and Bird

How did Man United’s Bruno Fernandes score winner vs. Brighton AFTER full-time whistle was blown?

The Premier League weekend got off to a blockbuster start as Brighton & Hove Albion and Manchester United played out a five-goal epic at the Amex Stadium. To say the match had it all would be the understatement of the year as goals, own goals, penalties, multiple rattlings of post and crossbar and a dramatically […]