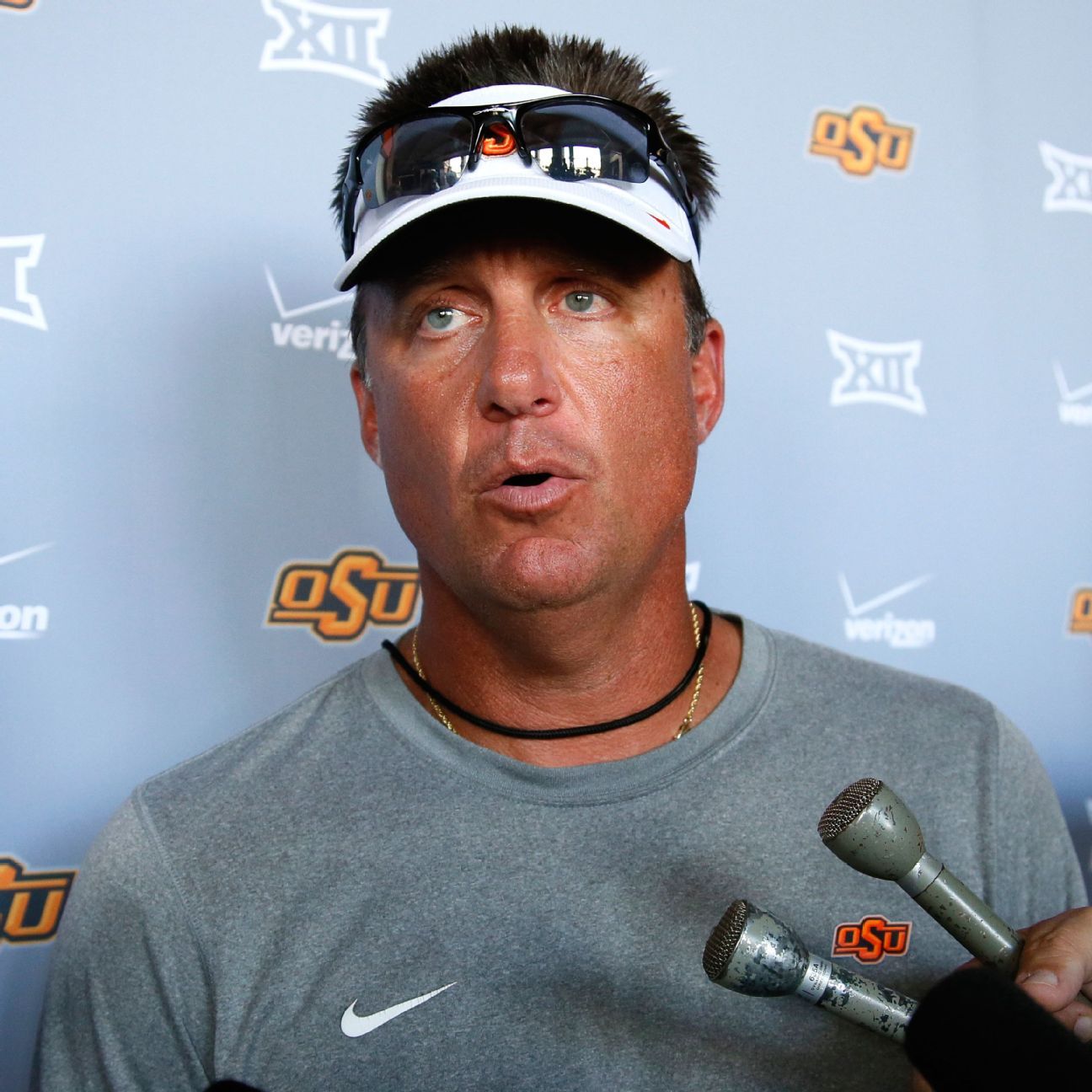 The school said Jason Kirksey, the university’s chief diversity officer, will chair the program. The council will include students, athletes and alumni. It will be housed in the university’s Division of Institutional Diversity.

Star running back Chuba Hubbard, who is Black, suggested last week that he might boycott the program after Gundy was photographed wearing a shirt promoting One America News, a far-right news network often cited by President Donald Trump. The network, which has a fraction of the audience of Fox News, has tried to position itself as a place for a pro-Trump audience that believes other conservative news outlets have become too mainstream in their reporting. It recently criticized the Black Lives Matter movement.

Gundy, who is white, apologized and said he was unaware of OAN’s stance on Black Lives Matter.

“We are grateful that Dr. Kirksey has agreed to lead our efforts moving forward,” said Chad Weiberg, Oklahoma State’s deputy athletic director. “The athletic department could make a lot of promises and declarations about what we will be doing, but our future actions will speak for us. Under Dr. Kirksey’s leadership, we will be very intentional in our efforts, but our driving goal will be to get better.”

Information from The Associated Press was used in this report.

Dominique Moceanu is remembered as the youngest gymnast on the iconic 1996 U.S. Olympic team that won gold in Atlanta. But her second act in the sport has been just as impactful. Her role in breaking an industrywide silence about the abusive methods of longtime coaches Bela and Martha Karolyi later led her to a […]

The Giannis-Luka rivalry can define the NBA’s future

During the final moments of the first five-minute quarter of the Milwaukee Bucks’ first five-on-five scrimmage since the NBA’s shutdown in March, Giannis Antetokounmpo’s team found itself down a bucket. When a long miss by the opposing team caromed off the rim and floated toward the baseline, Antetokounmpo launched himself with both feet, and splayed […]

9:44 AM ET Steve KimESPN Clay Collard handed David Kaminsky his first professional loss with a split decision by the scores of 58-56, 56-58 and 58-56 in a fast-paced super middleweight contest on the Gabriel Flores Jr.-Josec Ruiz undercard at the MGM Grand Conference Center in Las Vegas. But while it looked close on the […]