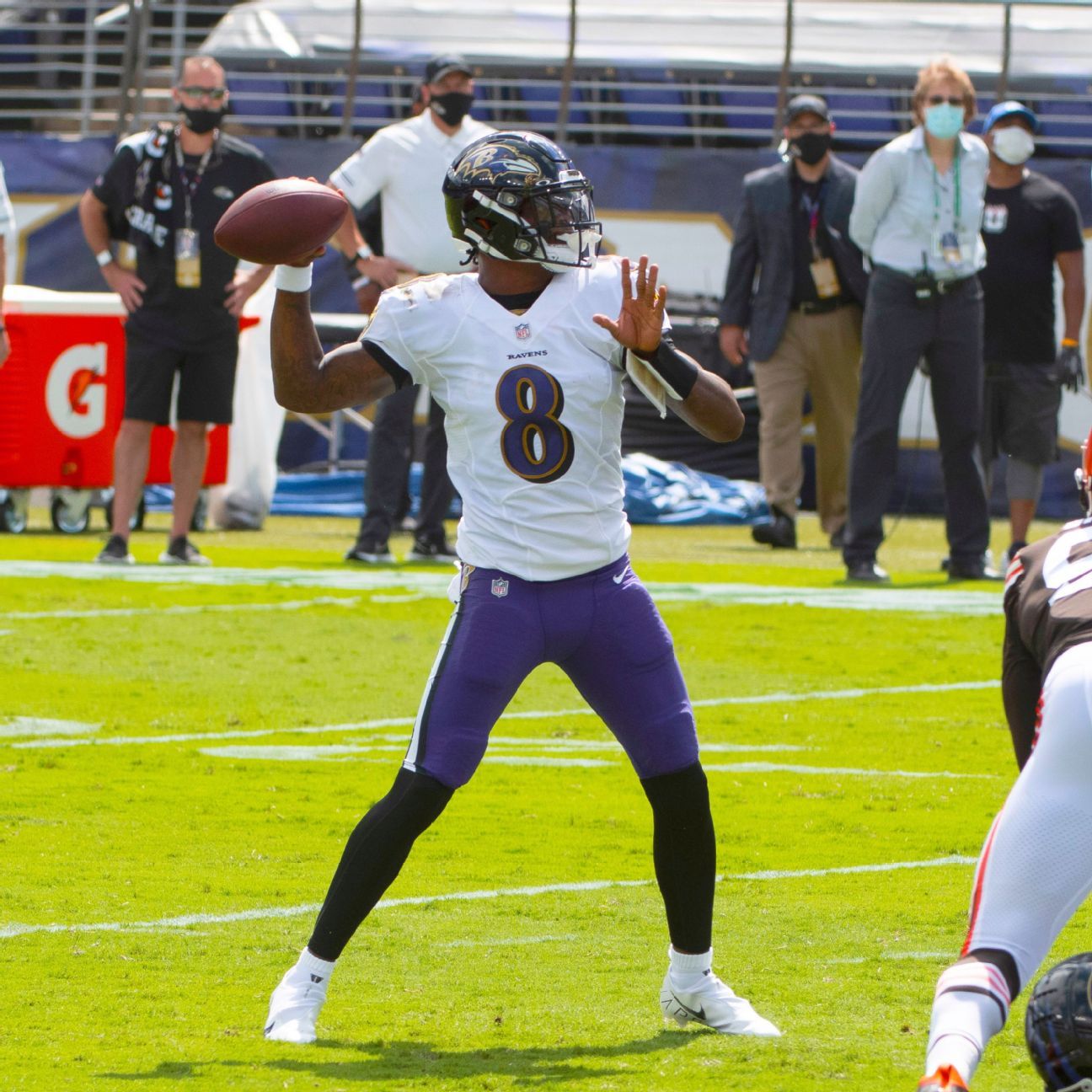 Harbaugh kept Jackson in the game when the Ravens started a series leading by 32 points with 10 minutes left in the game. The reigning NFL MVP dropped back to pass three times and got sacked once.

Jackson was then pulled on Baltimore’s next possession with four minutes remaining.

“We’re not going to just react to every criticism,” Harbaugh said Monday. “We could take him out of the game at halftime, too. That might keep him safer, too. But we’re not going to do that.”

“A lot of things can happen. I’ve seen teams come back in the fourth quarter,” Harbaugh said. “It’s the first game of the season. We’re trying to work on things as well. It’s just a criticism that you guys can keep asking me about and I’m going to keep telling you the same thing. I think if you study football and look at what other teams do, you’ll see that people don’t do that and there’s a reason for it. It’s not because we want to see somebody get hurt. Take a look at Seattle with Russell Wilson. I would encourage you to do your homework on that.”

ESPN Stats & Information doesn’t track when quarterbacks are removed from games. Last season, there were 11 games in which teams won by 30 or more points, excluding the Ravens. In those games, only two starting quarterbacks were pulled at the start of the fourth quarter and no one else was removed until there were were 6 1/2 minutes or less left in the game.

Harbaugh isn’t second-guessing his decision to keep Jackson in the game with 10 minutes left.

“Ten minutes left? Nah, I don’t think so,” Harbaugh said. “It’s the National Football League. You look around the league and you’ll see not too many people are taking their quarterbacks out with 10 minutes left in the game in the National Football League. That’s historically true. There’s a lot of reasons for that. I don’t think I have to get into all the reasons for that. For all the people that want to say that should be done, I’d have to disagree with that.”

7:00 AM ET Andrew LopezESPN A THIN LAYER of dust covers the wooden floor inside the Crescent City Christian School gym, 9 miles west of downtown New Orleans. The court hasn’t been touched in months. No lights are on. A chair that looks like it belongs in a hotel conference room sits in the middle […]

Chris Jones is hinting at the possibility of holding out as the wait for a deal continues between the Kansas City Chiefs and their franchise-tagged defensive lineman. Jones, replying to an NFL Network video regarding his contract situation, tweeted Tuesday night that not playing in 2020 was an option, bringing up running back Le’Veon Bell‘s […]

The Bundesliga in Germany is set to become Europe’s first major football league to resume playing during the coronavirus crisis, with a restart confirmed for this month, it was announced on Wednesday. Germany’s government and its federal states have given the green light to start again, with the date for a restart due to be […]