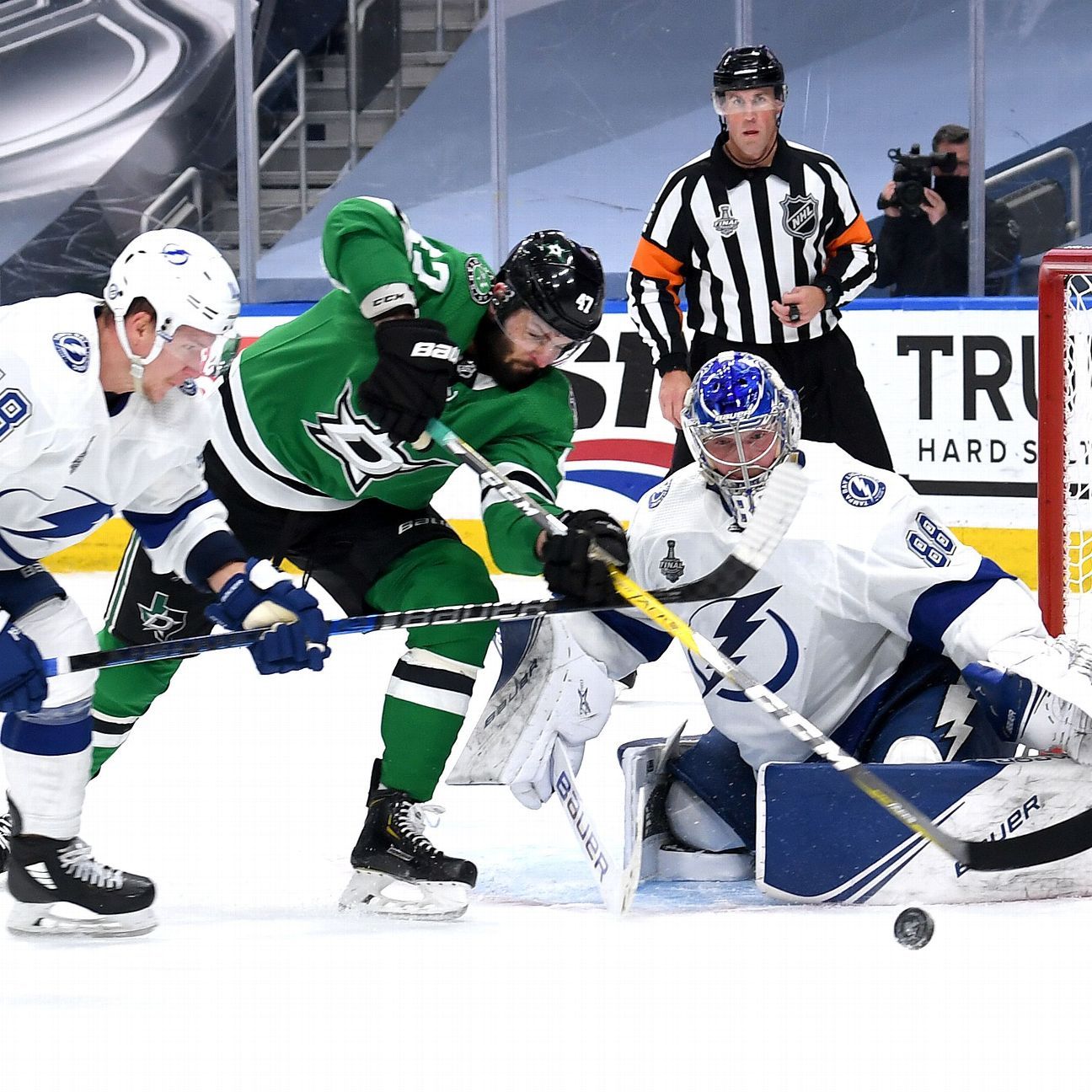 The Tampa Bay Lightning have a chance to clinch the Stanley Cup on Saturday night, but they’ll have to do it without their captain, Steven Stamkos.

The 30-year-old center will not play in Game 5, coach Jon Cooper announced on Saturday morning. The Lightning lead the Stanley Cup Final against the Dallas Stars, 3-1, with the pivotal Game 5 coming on the second night of a back-to-back.

Stamkos has been “unfit to play” for the entire Stanley Cup playoffs, save for his brief appearance in Game 3 – in which he played less than three minutes, and scored a goal on his first shot.

“We have to get another win, and Stammer knows that he was a big part in us getting this far off the ice, and what he contributed when he played,” Cooper said. “But for tonight, he won’t be in.”

Stamkos, who underwent core muscle surgery on March 2, has endured several setbacks which have kept him out of the lineup. He said he experienced “an issue” during the first period of Game 3, which is what kept him on the bench for the remainder of the game.

“There’s been a lot of behind-the-scenes things that I’ll be glad to share with you guys after the season,” Stamkos said after the game. “We’re focused on winning right now, and tonight was a step in the right direction.”

The Toronto Raptors have signed Nick Nurse, the reigning NBA Coach of the Year, to a multiyear contract extension. The Raptors announced the extension Tuesday but did not disclose terms. “Our confidence in Nick just continues to grow, and part of that comes from what we’ve experienced together,” Raptors president Masai Ujiri said in a […]

Will the Bills’ offensive identity change with Stefon Diggs in the mix? – Buffalo Bills Blog

6:00 AM ET Marcel Louis-JacquesESPN Offensive coordinator Brian Daboll enters his third season with the Buffalo Bills, and over the past two seasons his offenses have built a distinct identity — strong on the ground, below average through the air. Since Daboll’s arrival in 2018, the Bills rank sixth in the NFL in rushing yards […]