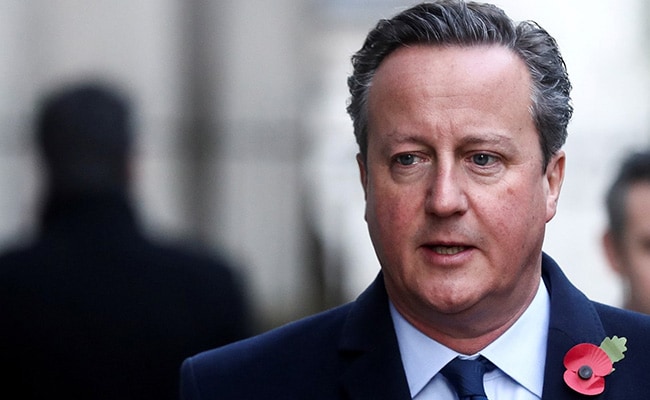 While Cameron was British prime minister from 2010 to 2016, the Australian banker was brought in as an adviser to the government. After leaving office, Cameron in turn became an adviser to Greensill’s now-insolvent finance firm.

The Financial Times and Sunday Times newspapers have reported that Cameron contacted ministers directly to lobby on behalf of Greensill Capital, including sending texts to finance minister Rishi Sunak and arranging a private drink between Greensill and Health Secretary Matt Hancock.

In his first comments on the row on Sunday, Cameron said that in his representations to government he was breaking no codes of conduct and no government rules.

Ultimately the outcome of the discussions on Greensill’s proposals regarding a loan were not taken up, he said, and therefore his interventions did not lead to a change in the government’s approach.

“However, I have reflected on this at length,” he said in a statement to the Press Association news agency.

“There are important lessons to be learnt. As a former Prime Minister, I accept that communications with government need to be done through only the most formal of channels, so there can be no room for misinterpretation.”

Fully vaccinated people can safely engage in outdoor activities like walking and hiking without wearing masks but should continue to use face-coverings in public spaces where they are required, U.S. health regulators and President Joe Biden said on Tuesday, while urging those who have not to get the shot. The updated health advice comes as […]

Thousands of Animals Crammed Into Hulls Of 10 Ships

As many as 10 vessels stuck in and around the canal are believed to be carrying livestock. Of all the millions of tons of cargo that’s piled up in the Suez Canal, none is more delicate than the animals crammed into the hulls of several of the ships. Little information is available, with neither canal […]

Greece closes all schools as part of its second lockdown.

The authorities in Greece announced on Saturday the closure of all schools as the country faces a spike in coronavirus infections and deaths. Although Greece was relatively successful in containing the first phase of the pandemic, in the spring, the second wave has been more taxing. Greek health authorities announced 3,038 new infections on Friday, […]