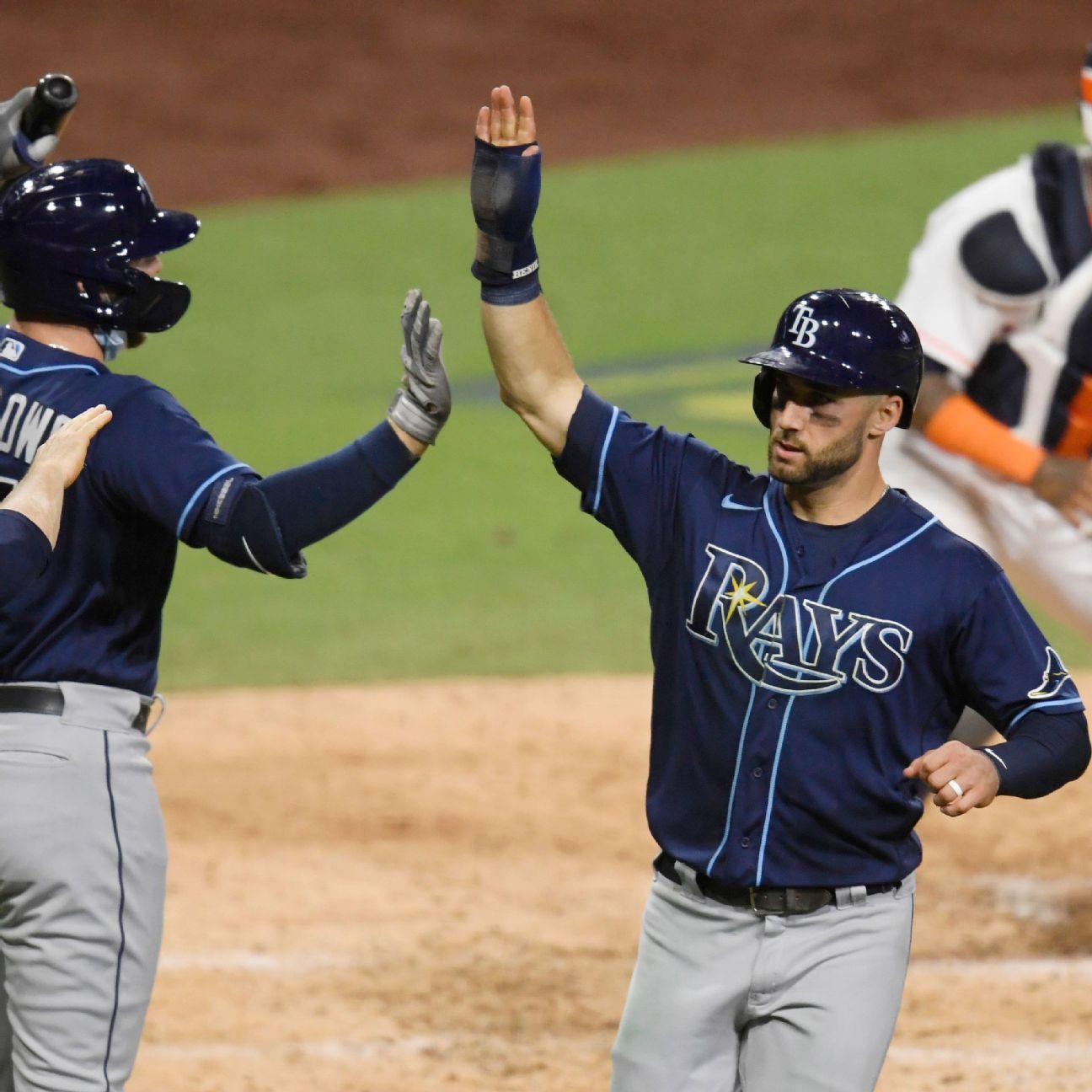 ARLINGTON, Texas — Eight days ago, before the first of what the Los Angeles Dodgers hope are three postseason rounds at Globe Life Field, Justin Turner and Mookie Betts gathered the team in right field to talk about the challenge that awaited them.

Turner and Betts had planned the meeting in advance. They wanted to emphasize what was at stake, but also, Turner said, “Remind guys that not everything’s gonna go our way. It might not be easy, but as long as we keep mentally grinding and supporting one another and playing as a group, together, we’ll be all right — we’ll get through anything.”

On Tuesday night, after a maddening 8-7 loss to the Atlanta Braves, that message began to resonate.

The Dodgers, who hadn’t dropped back-to-back games since the second week of September, are suddenly down 2-0 in this National League Championship Series, a hole only 15% of teams have been able to crawl out of in any best-of-seven postseason series.

Their longtime ace, Clayton Kershaw, is recovering from back spasms that prevented him from making his Game 2 start. Their most talented pitcher, Walker Buehler, is dealing with blisters that have prevented him from recording an out in the sixth inning for nearly eight weeks. And yet — these are the Dodgers, owners of a plus-136 run differential during the 60-game regular season, with all the talent and all the depth imaginable.

“This is a long series,” Dodgers shortstop Corey Seager said. “We’re looking up to the challenge.”

The Dodgers scored only once in Game 1, on a solo homer by Enrique Hernandez, and most of their at-bats were relatively uncompetitive. In Game 2, Dodgers manager Dave Roberts felt his offense did a better job of capitalizing on mistake pitches against opposing relievers. The Dodgers forced Ian Anderson out of the game after four innings, drew six walks within the first eight, and in the ninth, their high-powered offense finally came alive.

Seager, who hit a three-run homer two innings earlier, drove in Betts with a double. Max Muncy, who has struggled all year, launched a two-run homer. And Cody Bellinger, hitless in his first eight NLCS at-bats, lined a two-out triple down the right-field line, putting himself 90 feet away from tying the score before A.J. Pollock‘s game-ending groundout.

“This team’s got a lot of fight; we’ve done it all year,” Seager said. “We were one swing, one anything, away from tying that ballgame and going into extras.”

The Dodgers, who will act as the road team for the next three games, can take some comfort in knowing they have reached the soft spot of the Braves’ thin rotation and that all of their high-end relievers are fresh.

But they’ll need Julio Urias, 24, to pitch effectively with his team’s season basically on the line in Game 3. They’ll need Kershaw to recover well enough to take the ball in Game 4. They’ll need Dustin May, originally designated as something of a wild card out of the bullpen, to perhaps give them everything he’s got in Game 5. And they’ll need their offense to come through early, before the Braves’ vaunted bullpen plays a factor.

Only 13 of the 85 teams who faced a 2-0 deficit have come back to win a best-of-seven series — but the Dodgers have three of those series wins.

“One game at a time,” Roberts said. “I know it sounds cliché, but that’s the only way to do it and to approach it.”

3:37 PM ET Eric WoodyardESPN Milwaukee Bucks wing Wesley Matthews said the team is not “apologetic” for boycotting Game 5 of their first-round series against the Orlando Magic Wednesday, a decision he said the team made organically. “I feel like we did what any team would’ve done in that situation. And we’re not apologetic for […]

Lisbon will host this season’s Champions League final on Aug. 23 after UEFA confirmed that the final stages of the 2019-20 competition will be held in the Portuguese capital from Aug. 12-23, rather than Istanbul as originally planned. Following a meeting of UEFA’s executive committee on Wednesday, it has also been announced that the Champions […]

If you stand still, you fall behind. It is one of the truest maxims in professional sport and why cycles of success are fluid, moving from one team to another. Such change can often happen over a period of years rather than months, but in the Premier League right now, the unique challenges facing the […]