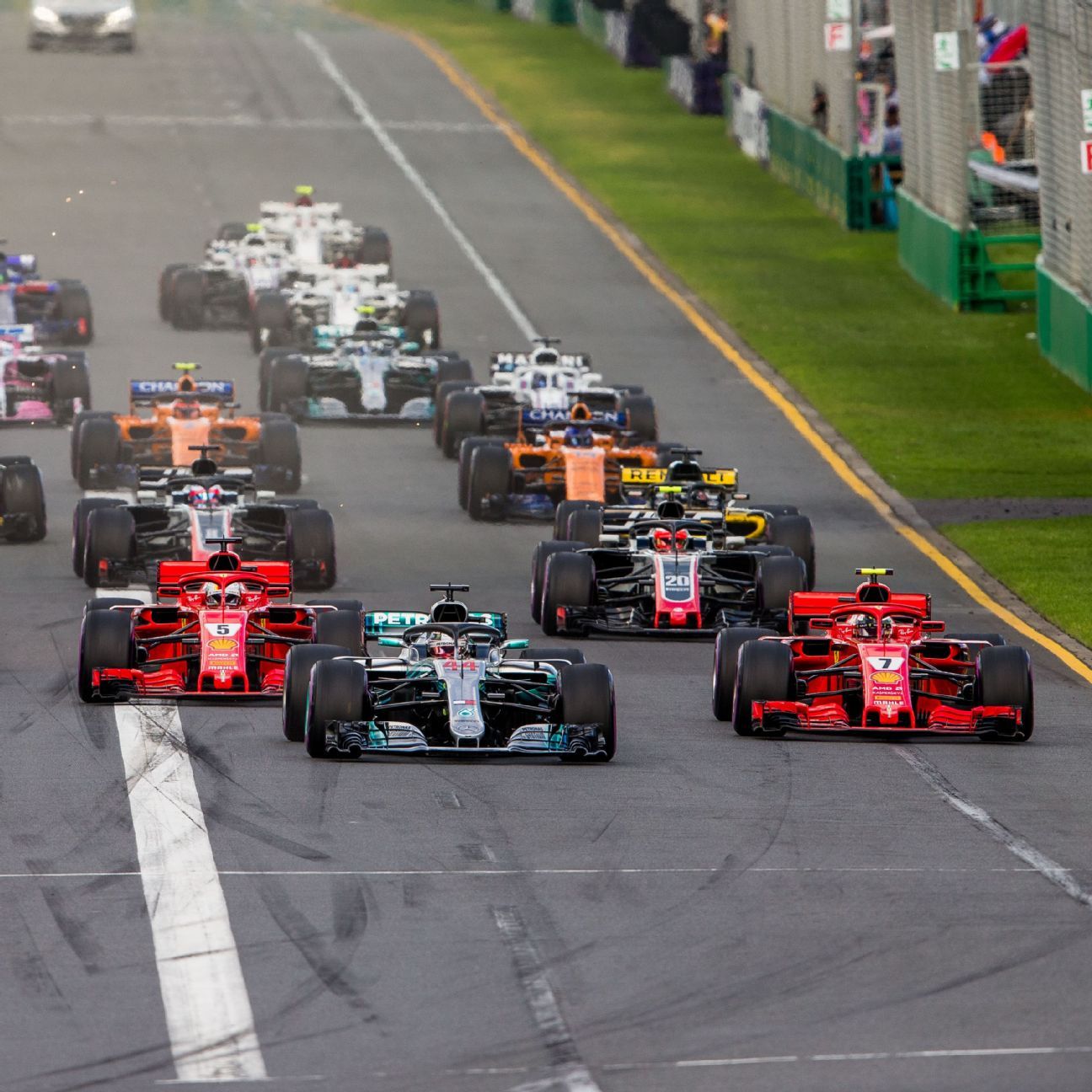 By claiming the pole position, Lewis Hamilton put himself in a great position to match Michael Schumacher’s all-time record of 91 wins on Sunday.

But due to the dramatic events which took place over qualifying, the route to that record-equaling result is not as straightforward as you might assume.

What went wrong for Hamilton in Q2?

Mistakes by Lewis Hamilton are rare, but what looked like a relatively innocuous slide beyond the track limits at Turn 18 on his first run in the second session of qualifying could be decisive in determining the outcome of the Russian Grand Prix.

The mistake was minor: Hamilton squeezed the throttle a little bit too hard coming out of the final corner and ran with all four wheels off the track. It’s unlikely he gained an advantage in doing so, but the final corner is one of the areas where the FIA is enforcing a zero-tolerance approach to track limits and his lap, which was the fastest of anyone at the time, was deleted.

At the time, it didn’t seem like a major drama. Hamilton had enough time to return to the pits, fit a second set of fresh medium tyres and return to the track for a second attempt. The choice of medium tyres was important as drivers qualifying in the top ten have to start the race on the set of tyres they set their fastest time with in Q2, and the medium will be a much better race tyre on Sunday (more on that below). Hamilton asked simply to stay on track and complete another flying lap without returning to the pits, but he didn’t have enough fuel in the car to do so.

Fuelled and freshly booted, Hamilton hooked up the first two sectors of his second attempt without drama and looked set to cruise to the fastest lap of the session. He only had two corners to go, but plenty in hand to avoid the same mistake he made on his first run. Then, seemingly out of nowhere, the session was red-flagged and Hamilton had to back off.

Four kilometres behind him, Sebastian Vettel had crashed hard into the barriers at Turn 4. The session was immediately suspended and, regardless of whether he finished it, Hamilton’s lap would not count. With two minutes and 15 seconds remaining on the clock, Hamilton was left with two sets of used medium tyres and no lap time to show for it.

Mercedes had time to consider its options for the restart while Vettel’s Ferrari was swept away. It could have put him back out on the same set of medium tyres, but knowing everything would be rushed when Hamilton returned to the track it opted for fresh soft tyres. The performance differential between the softs and mediums at Sochi is as much as 0.7s and Hamilton would not have the luxury of conditioning his tyres on the out lap, meaning the extra performance from the softs would be all the more useful.

The other problem Mercedes faced is that, unlike other teams, it is not able to turn off and restart its engine outside of the garage. Ferrari, Renault and Honda-powered cars have been known to use the hybrid system to power up the engine on track or in the pit lane, but that is not an option on the Mercedes. With overheating a concern, the other teams made a queue at the pit lane entrance and turned off their engines to keep temperatures under control. Hamilton, meanwhile, had to wait in his garage until his car could be powered up and joined the queu at the back.

“The thought process was that we couldn’t send him out early because you need to switch off the car and then restart it on the MGU-K, which is something we can’t do,” Mercedes team boss Toto Wolff said. “We felt that if he was at the back of the train and not able to do the outlap he needed to do then he could be caught out because the medium is simply not there yet.

“That’s why we put him on the softs, which is clearly a compromise for his strategy tomorrow, but was the necessary safeguard today to make sure he made it into Q3.”

Hamilton made a mistake on his outlap at Turn 2, dropping him to the back of the pack of cars on track. There was a genuine danger that he would not cross the line in time to start his lap, but after gapping the car in front through the final two corners, he crossed the line to commence his lap with just over a second remaining in the session.

Hamilton’s compromised outlap impacted his performance and his pace was far from spectacular. Such is the pace of the Mercedes that he still made the cut by 0.404s, but that gap suggests he would have missed out had he attempted the same lap on the slower medium compound.

The circumstances of his messy Q2 session means Hamilton will start the race on soft tyres from pole position while his two closest rivals, Verstappen and Bottas, have the advantage of starting on mediums. It all stems from that minor error in the final corner of his first flying lap in Q2, but it could have big consequences in Sunday’s race.

How big is Hamilton’s tyre disadvantage?

By starting on the soft tyres, Hamilton will have fewer strategy options in the race. The degradation in performance seen from the soft compound means he may have to pit around lap 12 to switch to the hard tyres and go to the end of the race.

Pirelli believes that is actually the fastest race strategy, but its calculations do not factor in traffic. By pitting early, Hamilton will end up among the slower cars going longer into the race on harder tyres and he will therefore need to overtake them to stay in the running. There’s little doubt he has the talent and the car to do that, but it will all cost him time relative to Verstappen and Bottas, who will go much longer into the race before making a pit stop.

“We were discussing it and starting on softs is clearly not the optimum strategy because after some laps the soft is clearly going to suffer and that will compromise your whole race because you will need to pit into traffic and then it’s not a great situation,” Wolff said. “But we know Lewis is the best overtaker in the field and I hope he can make the way back because he was the quickest driver on track today.”

By staying out on track when Hamilton pits, Bottas and Verstappen will be able to monitor the race and the behaviour of the tyres to make the optimum pit stop. If the soft performs better than expected, they can go long on the mediums and take on a set of softs for a sprint to the finish. But if the soft struggles, as is expected in hotter conditions on Sunday, they can switch straight to the hards once a pit stop window opens behind them and never worry about using the soft tyre Hamilton will be forced to start on.

There is one slight advantage to starting on softs, which is that Hamilton should have more grip when the lights go out. That will give him an instant advantage off the line, although it is likely to be overcome by the power of the slipstream that the cars behind him will gain from the hole he punches in the air.

As we have so often seen in Sochi, a lot can swing on the result of the long drag race down to Turn 2.

“Ultimately, I’m starting on the soft tyre, which is not good,” Hamilton said. “It’s nice being on pole but here is probably the worst place to be on pole, with the draggier cars we have this year. So, undoubtedly I’m most likely to get dragged past tomorrow and both the cars I’m racing against, they are both on the medium tomorrow, so definitely it’s going to make it hard to win the race tomorrow.

“But nonetheless I’m going to stay positive and try to figure out how I can navigate my way through, get a good start maybe, and we’ll see.”

If Hamilton is going match Michael Schumacher’s record of 91 career wins by Sunday evening, he will have to do it the hard way.

Bottas says Mercedes was ‘sleeping’ when Verstappen got ahead

Valtteri Bottas said Mercedes left the door wide open for Max Verstappen to win the 70th Anniversary Grand Prix at Silverstone. Bottas led away from pole position and controlled the early spell of the race, but Verstappen was on an alternate strategy and jumped ahead in the first pit-stop window. Bottas would lose second position […]

7:15 PM ET MLB InsidersESPN It’s another four-game day in the MLB playoffs with every division series in action again on Wednesday. The Atlanta Braves got things started with a victory over the Miami Marlins. Then the Oakland Athletics averted a sweep by the Houston Astros. What will happen as the New York Yankees and […]

9:30 AM ET Mechelle VoepelESPN.com Close Mechelle Voepel covers the WNBA, women’s college basketball, and other college sports for espnW. Voepel began covering women’s basketball in 1984, and has been with ESPN since 1996. We’ve reached the halfway point of this shortened 22-game WNBA season in Bradenton, Florida, with all teams having played 10 or […]