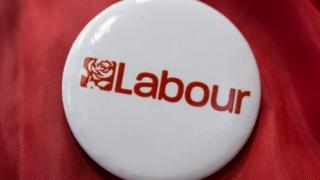 Labour’s ruling body has appointed barrister Martin Forde QC to lead an investigation into the leaking of a report into the party’s handling of anti-Semitism allegations.

But others say the report was leaked in an attempt to “smear whistleblowers”.

The National Executive Committee agreed Mr Forde would head up the probe, with the support of three Labour peers.

A spokesman said the investigation would look into “the circumstances, contents and release of an internal report”.

The party’s new leader, Sir Keir Starmer, promised a “swift” independent inquiry into the contents of the report and how it was leaked after it became public over the Easter weekend.

Last week, the NEC agreed to conclude its investigation and to publish a report by mid-July, and reiterated the deadline after Friday’s meeting.

Mr Forde is currently acting as the independent adviser on the Windrush Compensation Scheme.

He will be supported in his probe by the former leader of Newport City Council, Baroness Wilcox, former Labour Party General Secretary and opposition whip, Lord Whitty, and fellow peer Baroness Lister.

A spokesman for the NEC said the three peers had “expertise in the law and the Labour Party’s structures”.

The leaked report was drawn up in March – before Mr Corbyn stepped down as leader.

The 860-page document is understood to be a draft drawn up to help inform the party’s responses to an investigation by the Equality and Human Rights Commission (EHRC) into anti-Semitism within Labour.

The report said there had been “a litany of mistakes, deficiencies, and missed opportunities” to tackle the issue, and “rigorous and far-reaching reforms” had not been made soon enough.

But it also included allegations that some party staff had tried to undermine Mr Corbyn’s leadership ahead of the 2017 election, along with WhatsApp messages from named individuals, appearing to make derogatory comments about Mr Corbyn, party policy and the membership.

The names were not redacted when the document was leaked to the media.

Many of those named in the report no longer work for the party and some are considering suing for breach of confidentiality.

Labour said officials were working with the Information Commissioner’s Office over the leak and insisted it took its responsibility on data protection “extremely seriously”.

Coronavirus: UK to trace contacts of 10,000 new cases from 1 June

Image copyright Getty Images Prime Minister Boris Johnson has said the UK will be capable of tracking the contacts of 10,000 new coronavirus cases a day by the start of June. At PMQs, Mr Johnson said there was “growing confidence” the UK would have a test, track and trace operation in place by 1 June, […]

Image copyright Reuters The UK has pledged a further £20m in aid to Lebanon following Tuesday’s deadly explosion in Beirut. The support will go directly to those injured and displaced by the explosion, providing access to food and medicine as well as other urgent supplies. The UK, which has already given £5m to the emergency […]

Will fashion be better for the planet after coronavirus?

The coronavirus pandemic has significantly hit the fashion industry – with supply chains broken, sales down and unsold stock in retail outlets already in peril. This is all against a backdrop of consumer habits changing and attitudes shifting to consumption. So can the fashion world learn to be more environmentally sustainable after Covid? A report […]