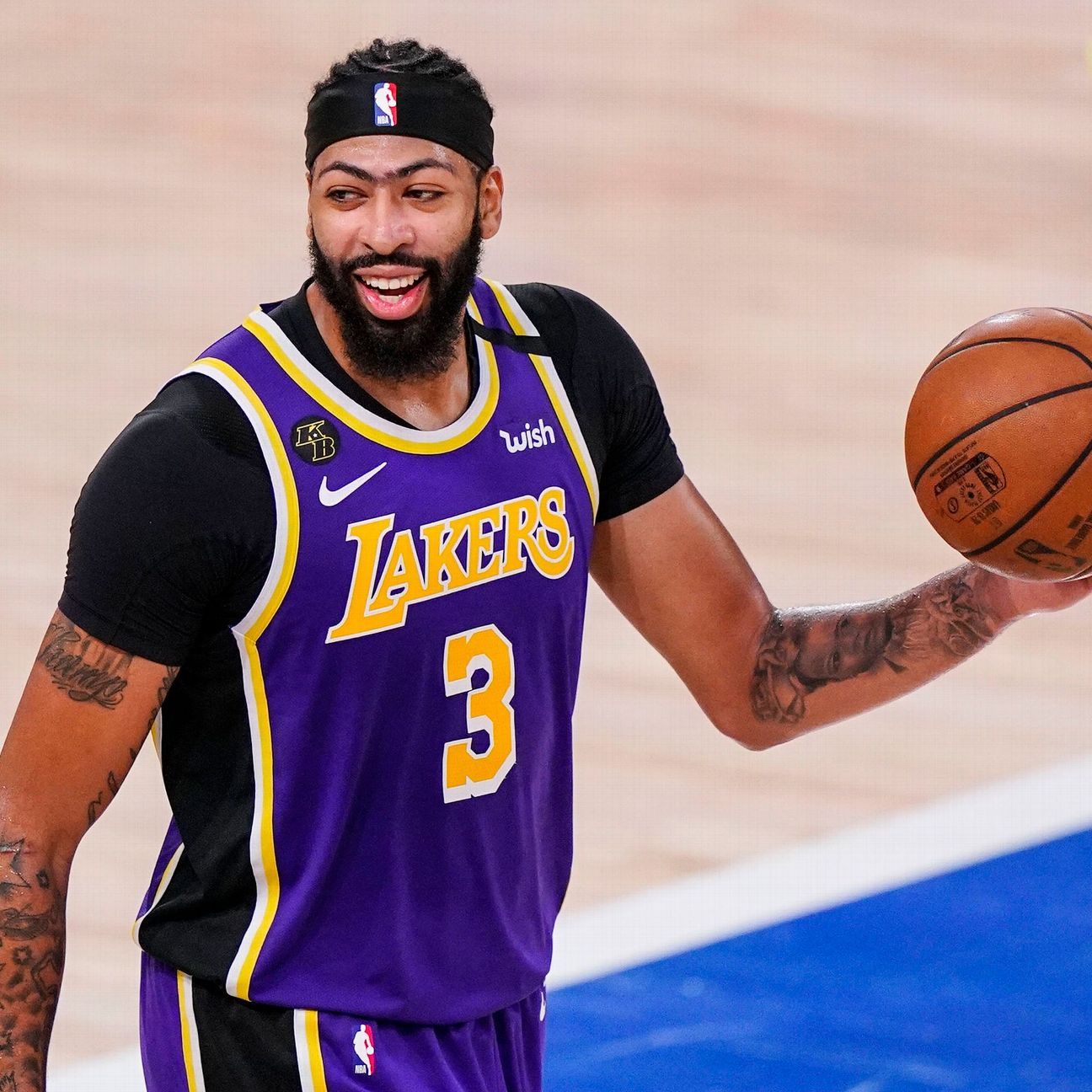 LOS ANGELES — Ready or not, the defending champion Los Angeles Lakers will be playing preseason games in less than a month. That means L.A.’s soon-to-be 36-year-old superstar, LeBron James, will be gearing up for his 18th season when it seems like his 17th season just ended, with a title in the NBA bubble in Orlando, Florida.

Rob Pelinka, the Lakers’ vice president of basketball operations and general manager, believes the rapid turnaround will create a challenge for a veteran like James that the entire organization has to manage.

James has consistently rejected the use of load management, telling ESPN last season, “If I’m hurt, I don’t play. … If not, I’m playing.” He posted a video to his Instagram account this week, showing him approaching a turf field while holding cleats in his right hand. “Let’s work!! Back at it,” he wrote.

He appeared in 67 of the Lakers’ 71 regular-season games and finished second in MVP voting to Giannis Antetokounmpo of the Milwaukee Bucks, who is 10 years his junior.

“The great thing about LeBron is he’s so methodical and scientific about how he prepares his body and the team of people he works with,” Pelinka continued. “We have had a really powerful partnership with him to maximize his performance for the playoffs and to win a championship. And I think that’s always a balancing act. The great thing about the NBA and the players’ union is I think they have the same partnership lens of doing what’s best for the players and making sure that we don’t put them in positions to suffer injuries.”

It has been a busy week for Pelinka, as he orchestrated a trade with the Oklahoma City Thunder to acquire point guard Dennis Schroder, costing L.A. the No. 28 pick in the draft (Jaden McDaniels out of Washington) and Danny Green. Pelinka also has been monitoring the rest of the roster as he anticipates the start of free agency Friday. In preparation for that, the Lakers announced Thursday that they were waiving backup guard Quinn Cook, freeing up his $3 million contract.

“Dennis is a player that other teams hate to play against but his teammates love to play with because he has that kind of nasty tenacity, grit, and that’s really at the center of how we play and we win,” Pelinka said. “So he really folds in perfectly to that. And then I think he gives us offensively just another elite playmaker, both on the ball in the pick-and-roll situation or off the ball as a scorer.”

Coincidentally, Rajon Rondo — the player for whom Schroder is being brought in as insurance should the veteran point guard leave in free agency — got into it with him during a Lakers-Thunder game last season, resulting in a $35,000 fine for Rondo.

And his history with the franchise doesn’t end there. L.A. engaged Oklahoma City in trade talks centered around Schroder leading up to the trade deadline in 2019.

“He’s been a player we’ve pursued not just in this trade deadline, but before we pursued him aggressively,” Pelinka said. “To finalize the transaction and bring him to the Lakers is satisfying. I think it’s easy to fall into complacency when you win a title and to just say, ‘Hey, let’s just run it back.’ But at the same time I think my school of thinking is always, ‘Let’s find ways we can become even better. Every offseason let’s get better.'”

Part of getting better will be deciding which players from the championship team to incorporate moving forward. Anthony Davis declined to pick up the final year on his contract to enter free agency. The Lakers, sources told ESPN, will present Davis with several contract options and invite him to choose whichever offer makes him feel the most comfortable.

James is under contract, as are Alex Caruso, Talen Horton-Tucker and Kyle Kuzma; however, Kuzma is extension eligible.

“When the time is right, we’ll sit down and speak with them,” said Pelinka, a former agent. “But we’re proud of drafting Kuz. We’re incredibly proud of his growth as a player. I think he showed in the bubble his ability to play at the wing and the 4 — so some 3 and some 4 — and when you lose a defender and a wing player like Danny Green, I think Kyle, we’re going to count on him to step in and play some of that wing role as well. But he has the versatility to do it. So he’s been a great, great player for us and I would expect that he will continue to grow next season.”

That still leaves a lot of spots to fill, even if JaVale McGee and Avery Bradley exercise their player options to stay on the team next season.

“Our approach will be to be aggressive,” Pelinka said. “I think there’s a handful of teams that probably hope to contend or be in a position to contend. We’re not going to just sit back and not expect others who are in position to try to better their roster or better their teams. So we have to stay aggressive. I think the danger of winning is complacency, and I won’t — we won’t allow that to creep in here. We’re going to try to improve our team and put Coach [Frank] Vogel and his staff in the best possible position to defend.”

With the U.S. Open looming, Tiger Woods is still looking for his game

For the record, Tiger Woods finished 63rd in the FedEx Cup standings, his 2019-20 season coming to an end Sunday at the BMW Championship, where he failed to qualify for this week’s Tour Championship. That means he won’t be able to play for the $45 million in FedEx bonus money that is at stake at […]

Houston Rockets guard Austin Rivers has decided to opt out of his contract and become an unrestricted free agent, a source told The Undefeated’s Marc J. Spears. After four years with the LA Clippers, Rivers spent short stints with the Wizards and Suns before finding a home with the Rockets. Rivers, 28, settled into a […]