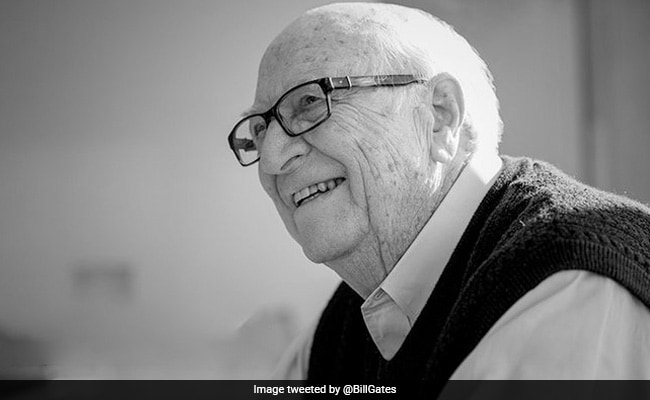 Bill Gates Sr, a lawyer, and father of Microsoft co-founder Bill Gates, died on Monday at his beach home on Hood Canal, in the Seattle area. He was 94.

The cause was Alzheimer’s disease, his family said in an announcement on Tuesday. William Henry Gates II was born on November 30, 1925, in Bremerton, Washington,

“My dad was the ”real” Bill Gates. He was everything I try to be and I will miss him every day,” Bill Gates tweeted.

My dad was the “real” Bill Gates. He was everything I try to be and I will miss him every day.https://t.co/OnAEsmosNb

According to the New York Times, Bill Gates Sr played a crucial role in establishing the world’s largest philanthropy, the Bill and Melinda Gates Foundation.

“My dad’s influence on our philanthropy was just as big. Throughout my childhood, he and my mom taught me by example what generosity looked like in how they used their time and resources,” Bill Gates said in a statement.

In 1994, Bill Gates Sr was 69 and planning to retire from his prestigious law practice in a few years when, one autumn evening, he and his son, Bill, and his daughter-in-law, Melinda, went to a movie. Standing in the ticket line, Bill Gates told his father that he was being inundated with appeals for charity but that he was far too busy running Microsoft to answer them.

“The Bill & Melinda Gates Foundation would not be what it is today without my dad. More than anyone else, he shaped the values of the foundation. He was collaborative, judicious, and serious about learning. He was dignified but hated anything that seemed pretentious,” Gates Jr said in a statement.

HEALTH-CORONAVIRUS-FRANCE-POLITICS:French PM to end self-isolation after another negative COVID-19 test French Prime Minister Jean Castex has tested negative for COVID19 again and will come out of selfisolation on Saturday, a week after being in contact with someone who had a positive result, his office said. Reuters Last Updated: September 12, 2020, 9:42 PM IST […]

Why Virus Deaths Are Down but May Soon Rise

Want to get The Morning by email? Here’s the sign-up. Good morning. The economic rebound is stalling. Biden outraised Trump for the second straight month. And virus deaths keep falling even as cases keep rising — for now. The coronavirus trends in the United States are pretty dark right now. The number of new cases […]

Angela Merkel Guides the E.U. to a Stimulus Deal, However Imperfect

Not least, to reach consensus, the E.U. ended up with a smaller post-Brexit European budget, and one that eliminates or reduces spending for some ambitious projects designed to prepare Europe for the future — like in research and climate transition, a fund to promote consensus on carbon goals for 2030 that was slashed by one-third. […]