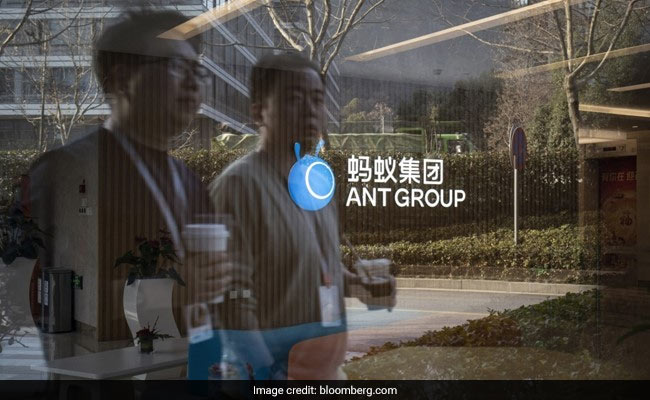 Many of Ant’s employees have been granted restricted stock options each representing 5.53 shares

A “short-term liquidity solution” for employees will take effect in April, Ant Chairman Eric Jing said in a recent posting on the company’s internal website, according to people familiar with the matter.

Ant suspended a share buyback program for current and departing staff in July to prepare for an initial public offering, people familiar with the decision said, but has so far struggled to revive the program in part because of a lack of clarity over how to price the shares.

The future of Jack Ma’s company — and thus its valuation — remains shrouded in uncertainty as regulators sort through details of a fintech industry overhaul that led to the abrupt suspension of Ant’s $35 billion IPO in November. The hazy outlook has raised the risk of employee discontent: Ant is bracing for departures after it pays bonuses in April, people familiar with matter said, asking not to be named discussing private information.

Few doubt that the company’s prospects have worsened dramatically since China began tightening regulations on the fintech industry, but the opacity surrounding the new rules has made it difficult to put a number on the damage. Bloomberg Intelligence analyst Francis Chan, for instance, has lowered his estimate for Ant’s valuation three times since the IPO was scuttled. He now pegs the company’s net worth at less than $108 billion, about 60% lower than the level implied by Ant’s listing plan last year.

Meanwhile, several Chinese tech giants that compete with Jack Ma’s businesses for talent have seen their shares soar in recent months, generating big gains for employees with stock options. Arch-rival Tencent Holdings Ltd. has climbed about 16% in Hong Kong trading over the past four months, while E-commerce giant Meituan has jumped 25%. Kuaishou Technology has surged 173% since its February listing.

Some Ant employees who joined the company in the run-up to the planned IPO have quit rather than hold out for a revival of the listing, people familiar with the matter said. Others are stressing over their personal finances after buying cars or paying down payments on new homes in anticipation that the IPO would be a success, one person said.

While employee holdings would have been subject to a three-year lockup had Ant’s listing gone ahead in November, many anticipated the stock’s value would continue climbing after the IPO. That view is now far less prevalent.

In one sign that Ant has yet to resolve its issues with regulators, the Financial Times reported on Tuesday that China’s central bank is unhappy with the company’s progress on requests to share more consumer data with the government.

The company’s solution for employees will likely be to buy back some of their shares, Dow Jones reported on Tuesday, citing people close to Ant. Dow Jones was the first to report Jing’s comments.

Many of Ant’s 16,000-plus employees have been granted restricted stock options known as Share Economic Rights (SERs), each representing 5.53 shares.

The awards, which account for a significant portion of total compensation for some employees, are usually subject to a four-year vesting schedule, with 25% free from the lockup upon the first anniversary and 25% every year thereafter.

Before Ant’s buyback program was halted, departing employees would sell shares back to the company at a valuation in line with the company’s most-recent funding round, while existing employees could participate in periodic buyback rounds, people familiar with the matter said. Ant was valued at $150 billion in a 2018 financing.

Outstanding SERs totaled 114 million at the end of June, according to the latest data disclosed by Ant. If valued at the company’s planned IPO price in November, they would have been worth a combined 43 billion yuan ($6.7 billion).

Given the ongoing regulatory clampdown, it’s unclear how long it might take for authorities to sign off on a revival of Ant’s listing. In any case, employees are likely looking at a substantially reduced payout when they’re eventually allowed to cash in.

That will make it tougher for Ant to retain talent, though for the opposite reason envisioned by the company in its IPO prospectus last year.

“We have a number of employees, including many members of management, whose economic interests in our company could give them a substantial amount of personal wealth,” Ant said on the eve of what it expected to be a historic listing. “If we are unable to motivate or retain these employees, our business may be severely disrupted and our prospects could suffer.”

PARIS: An Orthodox priest was shot and injured on Saturday at a church in the French city of Lyon by an assailant who then fled, a police source said. The priest was fired on twice at around 4 p.m. (1400 GMT) as he was closing the church, and was being treated on site for life-threatening […]

Veteran Who Raised $40 Mn for NHS To be Knighted, Hopes Queen Isn’t ‘Heavy’ With Sword

Retired British Army Captain Tom Moore, 99, raises money for health workers by attempting to walk the length of his garden one hundred times before his 100th birthday this month as the spread of coronavirus disease (COVID-19) continues, Marston Moretaine, Britain, April 15, 2020. REUTERS/Peter Cziborra Asked what he will tell the queen, Moore said: […]

ISLAMABAD: An anti-corruption court on Monday charged former Pakistan president Asif Ali Zardari in two graft cases, a week after he was indicted in a major money laundering case. Zardari, 63, the co-chairman of Pakistan Peoples Party (PPP) and husband of the country’s first woman prime minister Benazir Bhutto, was present in the Islamabad-based court […]