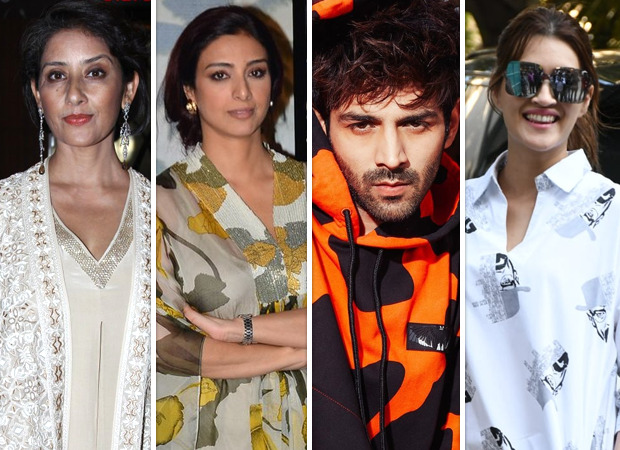 Another South remake is almost locked and ready to go on the floors. Ekta Kapoor and Rohit Dhawan have teamed up for the first time to present the Hindi adaptation of the massive Telugu blockbuster Ala Vaikunthapuramaloo. The film will star Kartik Aaryan in the lead and from what we hear Kartik will reunite with his Luka Chuppi co-star Kriti Sanon for the same.

A source informed Bollywood Hungama, “Kriti has been finalised to essay Pooja Hegde’s part from the original. But the makers were dilly dallying about whom to approach to play Kartik’s mother in the film. Initially, the team wanted to retain Tabu in the remake as well but since she and Kartik have already done a film together (Bhool Bhulaiyaa 2), they wanted to look out for another actor.”

That’s when they zeroed in on Manisha Koirala. The source shares, “Manisha will step into Tabu’s shoes from the original for the remake. She will be playing the role of Kartik’s mother in the film. The team has also locked her modalities and the film is expected to roll on the floors this year itself. Ala Vaikunthapuramaloo will be eyeing a festive release date in 2022.”

Aanand L. Rai seems to be on a roll this year as he announced his next film post- Atrangi Re. With a star cast as unique as Atrangi Re starring Sara Ali Khan, Akshay Kumar, and Dhanush, the audience is excited to see what the director has in store for them with his next. While the trio […]

In 2019, filmmaker Karan Johar had posted a video on Instagram where he was seen partying with some of the A-listers of Bollywood at his house. However, the video went viral for all the wrong reasons with several alleging Karan and the others for consuming drugs. While the filmmaker had earlier clarified that there was […]

Robert Downey Sr., director of the countercultural satire Putney Swope and the father of actor Robert Downey Jr., passed away on July 7 in New York. Downey Jr. posted on Instagram after the tragic news that read, “Last night, dad passed peacefully in his sleep after years of enduring the ravages of Parkinson’s…he was a […]