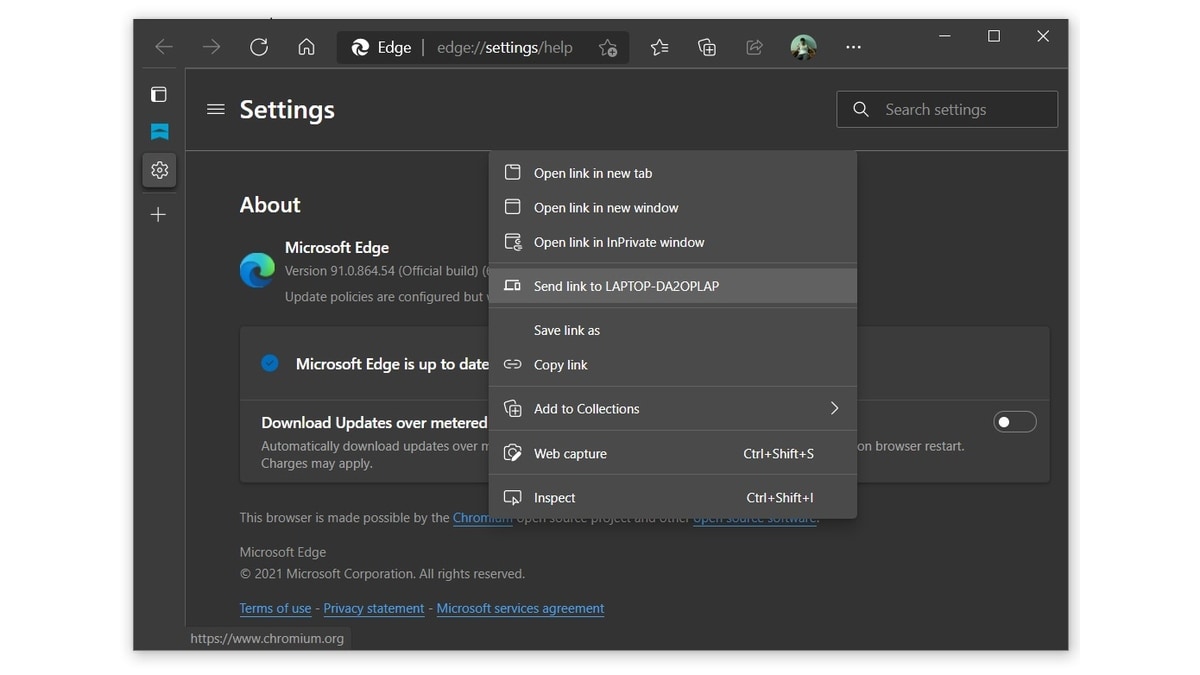 Microsoft Edge is reportedly adding a feature that will let users share tabs with the Web browser on multiple devices. According to the report, Microsoft had been testing this feature for a while and is now rolling out a stable version of the update. The new feature lets users transfer tabs directly, reducing the need for users to share URLs or syncing bookmarks. Microsoft is also working on improving its inbuilt offline game called Surf that is based on the retro game SkiFree.

The stable update for Microsoft Edge was first reported by Windows Latest. Microsoft had reportedly been testing this feature for the past few months and has now released the stable update for Windows and macOS PCs. The new tab sharing feature will let users share tabs between multiple devices that have the Edge browser installed and are logged in with the same Microsoft account.

Currently the feature is available to select users of Edge with the latest stable build v91.0.864.54. The update is expected to reach a wider audience in the coming days. Gadgets 360 was not able to independently verify the new feature on the latest version of Microsoft Edge.

Notably, for users to share tabs to their Android or iOS devices, they will need to download and install the Edge Canary version on their device. However, iOS users can access the feature if they have the preview builds.

Windows Latest also reports that Microsoft is updating its inbuilt offline game Surf. The offline game can be accessed via edge://surf for all builds — Stable, Beta, Dev, and Canary — of the Edge browser. The game comes in three modes — Classic, Time Trial, and Slalom.

In the Classic mode, users will be able to endlessly surf the waves but can lose the game if they can’t dodge the obstacles. In the Time Trial mode, users have to reach the finish line as soon as possible while also avoiding obstacles. Lastly, the Slalom mode requires users to zig-zag through the game. To improve the game, Microsoft is adding new obstacles to the game. Additionally, users can also select their desired character before they start surfing the waves. There are also some bug fixes and improvements to the game.

Is Chingari maker Globussoft’s website infected with malware? That’s what the well-known French security researcher Robert Baptiste, who goes by pseudonym Elliot Alderson on Twitter, has said. Posting on Twitter Baptiste said: “The website of Globussoft, the company behind Chingari, the so-called Indian TikTok alternative, has been compromised.” He noted that the site had a malware script in […]