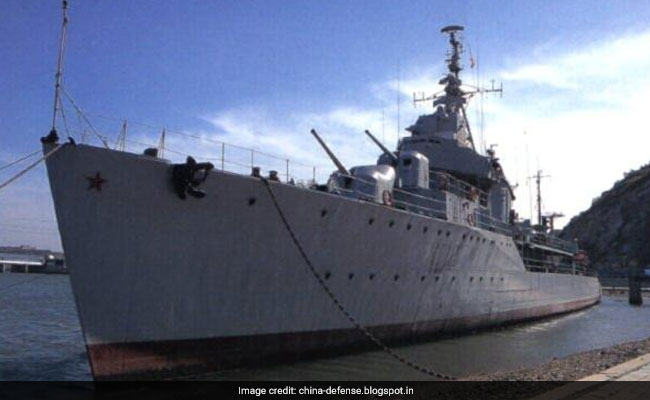 Britain’s defence minister said on Wednesday that China was seeking to build the world’s biggest surface and subsurface maritime fleet.

“China is growing the largest maritime surface and subsurface fleet in the world,” Defence Secretary Ben Wallace told the Atlantic Future Forum. “Our competitors continue to challenge us in the grey zone between war and peace.”

With Much of the World’s Economy Slowed Down, Green Energy Powers On

After a two-hour boat trip from Lowestoft, a seaside town on the east coast of England, giant wind mills more than 500 feet high loomed out of the mist like enormous sea creatures. High atop the towers, technicians in helmets and red-and-black protective suits were visible, fine-tuning the machines and hooking them up to the […]

For representation: US Embassy Security men are seen in Baghdad, Iraq. (File photo: Reuters) AFP journalists heard at least three explosions, followed by the sound of sirens in the Green Zone. There were no immediate reports of casualties or damage. AFP Baghdad Last Updated: June 18, 2020, 10:47 AM IST Rockets hit Baghdad’s […]

Prague Says Ricin Plot Was a Hoax, and Moves to Expel 2 Russians

MOSCOW — Russia on Friday denounced a decision by the Czech Republic to expel two Russian diplomats over an alleged ricin poison plot that Czech officials now believe was a hoax engineered as part of internal quarrels in Moscow’s embassy in Prague. The Russian Embassy described the Czech order giving the diplomats 48 hours to […]